Chris Umé: the deepfake @deeptomcruise is made to alert the public

In just a few hours, Tom Cruise’s deepfakes went viral days ago on social media. Chris Umé, one of the most gifted designers of the moment, talks about why he decided to publish his creations on the TikTok @deeptomcruise account and what to expect from it. Version française

UPDATE: The videos on @deeptomcruise are back online.

“The public needs to understand that it’s a lot of work, a lot of effort, a lot of know-how, and a lot of time to make these videos”. Épinal’s image of the geek who makes his little videos in his garage with entry-level hardware is thick-skinned and Chris Umé is fed-up with it. Special effects creator based in Belgium, Chris logically started creating deepfakes for professional interest in 2018. Since then, he has joined Trey Parker and Matt Stone’s creative studio, Deep Voodoo studio and collaborates with other creators such as Crtl-Shift-Face 1 Deep Voodoo studio produces Sassy Justice

He insists, “I’ve been fortunate to work with Miles Fisher 2Site de Miles Fisher who is one of the best Tom Cruise impersonators in the world, he looks a lot like him, he has the same hair type, the same face shape. On top of that, I must add that I have very high-end equipment, not to mention the skills I’ve built up over time. So it’s not easy to combine all these elements.” Indeed, his workstation has extraordinary capabilities (including a 48 GB graphics card) that few amateurs can afford.

If indeed GANs do a lot of work, there is still a lot of compositing (“compositing” is a set of digital methods consisting of mixing several image sources to make a single shot in a video.)) in post-production to be done to make a convincing deepfake. (see the video below) A work that all creators do, whether Crtl-Shift-Face or Sham00k for example and which relativizes the power of algorithms that are certainly capable of great things but do not lead alone to the creation of a ready-to-broadcast product.

If Tom Cruise’s deepfakes successfully fool people, it’s certainly because they are unexpected, very realistic, and very short as well. The surprise effect helps to distract our attention from the small flaws, artifacts, and alignment problems that could be spoted in the videos. Quickly, social networks reaction reveals both the vagueness that surrounds these new types of representation and a certain propensity for catastrophism.

Some people can easily imagine malicious minds seizing the tools available on the web to manipulate the course of democracies. Not surprisingly, a number of articles and a book have been written on the subject 3Deep Fakes and the Infocalypse: What You Urgently Need To Know, Nina Schick, 2019 and have caused a small panic among some observers and specialized journalists in recent years.

Others see it as the beginning of a new creative wave or a new age of special effects and look forward to seeing more and more of the same type of creations brewing in film, television and elsewhere.

On the one hand, the potential of deepfakes to create false information remains important and coveted by some powers 4le renseignement estonien s’inquiète du développement de « deepfake » par les Russes, Samuel Stolton, Euractiv, 2021. If the wave of deepfakes that some were already seeing fall on the American elections of November 2020 did not take place and the January outbursts that led to the invasion of Capitol Hill were simply provoked by the real Donald Trump, not the deepfaked one, we cannot rule out misuse of technology. The worst is never disappointing. 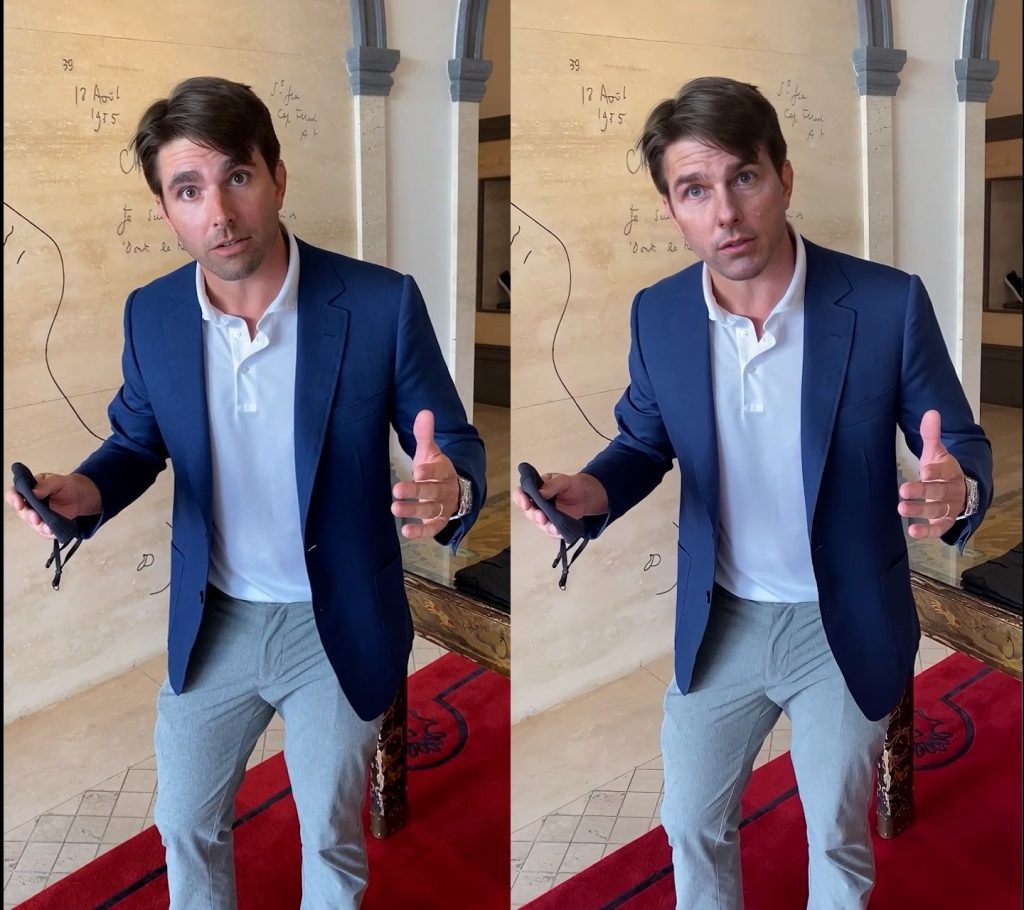 But what Chris Umé reminds us in this interview is that a convincing deepfake is clearly not for the immediate future. The shallowfakes 5 media manipulated using traditional methods, read in french Les deepfakes, une « arme d’illusion massive » ? Holubowicz, INA, 2020 still make up the bulk of the online manipulations and are already very effective. As for the creative potential, it is certain that other studios than Deep Voodoo will be more and more interested, like Lucasfilm for the last episode of the Mandalorian.

The warning must therefore be accompanied by a form of pedagogy through laughter so that viewers gradually understand the limits of synthetic media. One question remains unanswered: what will this accumulation of manipulated representations provoke in us? Following the example of what happened with Photoshop, are we going to see behavioral disorders appear, regulations being put in place? The effects of synthetic media will undoubtedly have to be closely monitored in the future as their number will grow in the public media sphere and will certainly be seen by more eyeballs than any other media before.